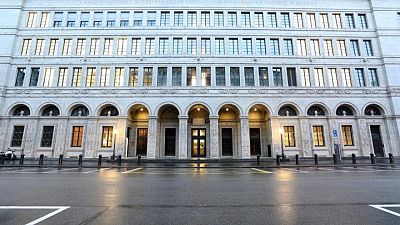 ZURICH – Losses from exposure to U.S.-based investment firm Archegos have demonstrated the need for “too big to fail” capital requirements to ensure adequate resilience at Credit Suisse and UBS, the Swiss National Bank (SNB) said on Thursday.

“This incident demonstrates that banks are exposed to significant risks that are not necessarily related to macroeconomic or system-wide financial shocks but may nevertheless lead to large losses,” the central bank said in its 2021 financial stability report.

The SNB noted both banks, “but in particular Credit Suisse”, had suffered large losses.

Meanwhile, Credit Suisse’s investment bank lost more than $5 billion from the collapse of Archegos, just on the heels of the collapse of over $10 billion of client investments linked to insolvent British financier Greensill.

While the SNB said Credit Suisse’s direct credit exposure to Greensill was significantly lower than its exposure to Archegos, it said the bank could yet incur costs from potential compensation claims filed by clients.

“Whenever the default of a single counterparty materially affects a bank, the matter usually has an operational risk dimension and the internal control processes of the bank need to be reviewed,” the Swiss central bank added.

Both banks had proven to be resilient in the current challenging economic environment, which presented several risks for broader financial stability, SNB said.

Further coronavirus mutations which could require additional or longer-lasting containment measures could delay further recovery or even lead to a renewed recession, impairing banks’ credit portfolios, the central bank added.

The SNB pointed to signs of stretched valuations on stock, credit and real estate markets in a number of countries, as well as historically high global public and corporate debt.