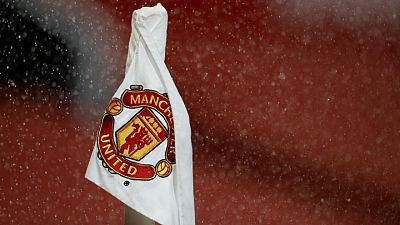 -Manchester United Plc posted a 21.7 million pounds ($30.20 million) loss in the first three months of 2021 due to the near absence of matchday sales as its iconic Old Trafford stadium stayed shut due to the coronavirus pandemic.

Matchday sales slumped to 1.6 million pounds in the quarter compared to 29.1 million a year earlier as the English Premier League club lamented the absence of fans at its stadiums.

Total revenue slid 4.4% from last year, with Executive Vice Chairman Ed Woodward saying it proved spectators were “the lifeblood of the game”.

The club did not provide a forecast and Woodward said it “remains optimistic about the prospect of fans returning to Old Trafford in larger numbers.”

The 20-time English champions in May saw the return of 10,000 supporters at Old Trafford. The stadium, called the ‘Theatre of Dreams’, has a total capacity of 75,000.

The club, which saw its men’s team finish second in the English Premier League for the 2020-21 season saw a 125.4% surge in broadcasting revenue in the quarter, thanks to five additional league matches played during the period this year.

However, all the matches were played behind closed doors and the club’s ‘Megastore’ retail outlet stayed shut, causing a slump in matchday and retail, merchandising, apparel and product licensing revenues.

The club had said in April that Woodward will step down at the end of 2021 after he drew heavy criticism from fans and European football’s governing bodies for its involvement in the breakaway European Super League project.