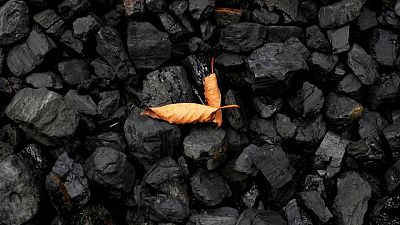 By Carolyn Cohn and Simon Jessop

Reinsurance companies help to share the burden of insurance risks by underwriting frontline insurers. Any restrictions they impose will have a knock-on impact on insurance policies on offer to companies.

Most reinsurers have stepped back from offering insurers bespoke or direct cover for coal projects, but many still underwrite the industry through treaty reinsurance, where hundreds of insurers’ policies are bundled together.

The process of unbundling treaty reinsurance to search for coal exposure is tough, yet pressure is building on the industry from investors and regulators to do more to reflect the growing risks of climate change in how they underwrite. Swiss Re is already doing this.

If more reinsurers do cut back this cover, specialist commercial insurers such as those operating in the Lloyd’s of London market will feel the impact, as will suppliers to the coal industry or those businesses which derive even a small portion of their revenues from coal.

“The first consequence is insurance is harder to get, the second consequence is it’s expensive, the third consequence is there are all sorts of caveats on it and at the extreme you might not be offered it”, said Paul Merrey, insurance partner at KPMG.A rail contractor to Adani Enterprises’ giant Australian coal project last month, for example, asked the Australian government for help to obtain insurance that it was not able to secure from the market.

Five of the world’s six largest reinsurers – Swiss Re, Munich Re, Hannover Re, SCOR and Lloyd’s of London – have already scaled back bespoke coverage for coal projects. But only Swiss Re, in a statement in March, has said it will go further and tighten its treaty reinsurance stance.

Munich Re and Hannover Re told Reuters they are working with their insurance clients to cut their own exposure further.

“We want to keep the dialogue and push for change together,” said Jean-Jacques Henchoz, chief executive of Hannover Re, though he added that: “It’s not happening in a couple of weeks, it’s taking a bit of time.”

Munich Re and Hannover Re said they were working out how to assess what was inside their treaty reinsurance books.

“For coal we are very confident that this is something we will get transparency on, but of course it’s much more difficult than doing it for the direct and facultative business,” said Michael Menhart, head of economics, sustainability and public affairs at Munich Re. Facultative refers to single risk cover.

Lloyd’s of London, which has around 100 syndicate members and launched a strategy on coal for the first time last year, said by email that it would be producing further guidance later this year. Scor did not respond to a request for comment.

For the global reinsurance industry as a whole, treaty reinsurance typically makes up the majority of business in the $500-billion-plus market, industry sources say.

Swiss Re has said it will introduce thermal coal exposure thresholds in its treaty business with insurers as a first step towards full phase-out by 2040, though it has not yet specified the thresholds.

“We worked internally with the treaty desks around the world to understand their coal exposures,” said Martin Weymann, head of sustainability, emerging and political risk management at Swiss Re.

“We took quite a bit of time to filter out which risks are most exposed.”

Henchoz at Hannover Re said in terms of excluding coal from treaty business, it was important to scratch below the surface and try to be very concrete on how to achieve an official target. Lloyd’s, which industry sources say tends to be more cautious about taking steps on climate than the major European reinsurers, said its syndicate members were moving away from fossil fuels. Lloyd’s said the market wanted “to ensure that existing customers have time to transition their businesses and that we don’t create unnecessary cliff edges”.

Pressure group ShareAction said in a recent report that the fact that treaty reinsurance can provide cover for coal risked undermining the progress being made through restricting bespoke cover.

Even if more of the major reinsurers move to stop treaty cover of coal, the impact could take some time to fully work its way through the system, as other reinsurers look to take up the slack. “In the short term, there might be some opportunistic players,” said Swiss Re’s Weymann, adding, however, that shareholders were leading the pressure for longer-term change.

Isabelle Santenac, global insurance leader at EY, however, said that rather than exclusion, the industry should instead use its influence to engage with corporate clients to help them to make the transition more quickly to a greener economy.

“If you stop working for those companies, those companies will find another insurer to underwrite that risk, and then you can say ‘what has changed for the planet? Nothing’.”