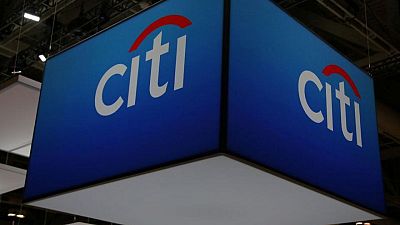 – Citigroup Inc’s finance chief Mark Mason on Tuesday predicted a strong economic recovery this year as more people get vaccinated, but cautioned that may not translate into better profits for the bank because of a slowdown in institutional businesses and higher expenses.

“It’s been a consumer-led recovery,” the CFO said, particularly “driven by the significant take up that we’ve seen as it relates to vaccinations.”

The bank, however, does not expect a sizeable uptick in corporate loan growth for the rest of the year, Mason warned, even as consumer borrowing is seen picking up in the second half.

“Given the liquidity that’s in the market and all the debt issuance activity that we saw last year, I’m not expecting corporate loan growth in the balance of the year,” Mason said.

The CFO also hinted at higher-than-expected expenses for the bank in the quarter, as the lender continued to invest in areas like investment banking, wealth management and others.

Investment banking revenues in the quarter are likely to be down in the low to mid-single digit range, the CFO said, adding that the pipeline in the segment remains strong.

The bank has been a leader in raising money for the so-called special purpose acquisition companies. A record $100 billion was raised by U.S. SPACs from the start of 2021 to March, according to data from Dealogic.

Mason also said he expects to hear back over the next month from potential buyers for its consumer operations in the Asia and markets in Europe, the Middle East and Africa the bank is exiting.

In April this year, Citigroup said it would exit consumer businesses in 13 markets, including Australia, China and India, in keeping with Chief Executive Officer Jane Fraser’s turnaround strategy of bringing Citigroup in line with the profitability of its rival banks.