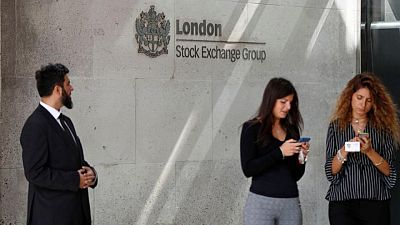 By Sagarika Jaisinghani and Sruthi Shankar

Shares in BT Group jumped 6.6% to hit their highest since January 2020 after telecoms billionaire Patrick Drahi’s Altice Group bought a 12.1% stake worth about 2.2 billion pounds ($3.1 billion), making it the largest shareholder.

“Altice is an established name in the telecoms space and the purchase of a 12% holding in BT is a significant move,” said AJ Bell investment director Russ Mould.

“It has been said for years that UK assets are cheap and 2021 is proving to be the year when investors finally put their money where their mouth is.”

The export-heavy FTSE 100 ended the day up 0.1%, also boosted by drugmakers AstraZeneca and GlaxoSmithKline.

Global stocks remained buoyant, with Wall Street’s S&P 500 reaching a record high as investors took to the view that a spike in May consumer prices was probably not enough to drive an early policy tightening by the Federal Reserve.

The European Central Bank also pledged to keep monetary policy loose despite lifting its growth and inflation projections for the euro zone.

Stocks more exposed to the domestic economy took a hit, with the UK’s mid-cap index falling 0.7% in its third session of losses amid doubts over a full reopening of the country on June 21 as coronavirus cases pick-up again.

Meanwhile, Britain and the European Union failed to agree on solutions to post-Brexit trade problems in Northern Ireland this week, with the two sides exchanging threats, including imposition of tariffs and quotas.

Among other stocks, facilities management provider Mitie jumped 5.9% as it predicted its full-year profit would beat current market estimates.