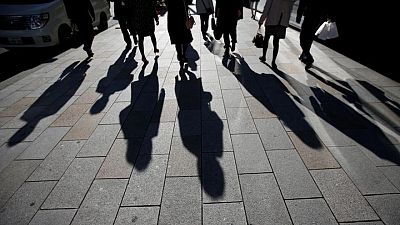 <div> <p>By Tetsushi Kajimoto</p> <p><span class="caps">TOKYO</span> – Japanese Prime Minister Yoshihide Suga plans to accelerate investment in green projects and digital transformation, setting his eyes on new sources of economic growth in the post-<span class="caps">COVID</span> era, according to a draft blueprint of policy priorities for the coming fiscal year released on Wednesday.</p> <p>The first mid-year blueprint under Suga’s administration marked a gradual shift away from the crisis mode seen last year when the focus centred on efforts to cope with the coronavirus pandemic.</p> <p>“It’s a step in the right direction to spend money in the most promising areas,” said Masaki Kuwahara, senior economist at Nomura Securities. “The question is, how they will follow up with concrete steps.” </p> <p>The blueprint was presented at the Council on Economic and Fiscal Policy, the premier’s top advisory panel comprised of ministers, ruling party lawmakers, central bank governor and private-sector advisers.</p> <p>Though it does not set out specific spending recommendations, the framework serves as a backbone for this year’s economic policymaking and provides the basis for the coming fiscal year’s draft budget to be compiled in late December. It will be approved by the cabinet on June 18 after deliberations by the ruling bloc.</p> <p>“We will aim to achieve our fiscal target including the goal to bring a primary budget surplus,” Suga told a panel meeting, adding the government also will strive to bring nationwide average minimum wage to 1,000 yen ($9.13) per hour to fix disparities.</p> <p>For next year’s budget, the blueprint urged directing more resources to four areas: digital transformation, a greener society, the revival of regions and childcare support to cope with the fast-ageing population.</p> <p>“We must accelerate investment that will lead to sustainable growth in a post-coronavirus era,” the blueprint showed. “We will achieve changes in socioeconomic structure by spurring bold investment and innovation at the private sector.” </p> <p>Targeted spending is easier said than done, some analysts say, particularly when the government has come under political pressure to spend more to ease the pain of the pandemic, despite the industrial world’s heaviest public debt.</p> <p>In the blueprint, the government vowed to stick for the moment to its goal of achieving a primary budget surplus by fiscal year 2025, but reassess the timeframe due to <span class="caps">COVID</span>-19.</p> <p>“The target may be delayed eventually, but it’s important to show the will of fiscal reform,” Nomura’s Kuwahara said. “We must tackle fiscal reform when inflation rises although now is not the time to tighten fiscal policy given the virus risks.”</p> <p>($1 = 109.4700 yen)</p> <p/> </div>