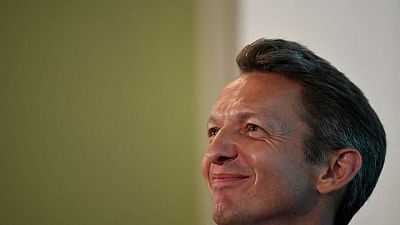 LONDON – Bank of England Chief Economist Andy Haldane said on Wednesday that Britain was at a dangerous moment as he warned of inflationary pressure that might force the central bank to turn off the tap of its huge monetary stimulus.

Haldane, who last year warned against the self-defeating economics of fear, said the beast of inflation was never dead and that Britain risked a wage-price spiral reminiscent of the 1970s and 1980s, writing in an opinion piece published by the New Statesman https://www.newstatesman.com/2021/06/dangerous-moment.

“In my view this is the most ­dangerous moment for monetary policy since inflation-targeting was first introduced into the UK in 1992 after the European Exchange Rate Mechanism debacle,” Haldane said.

Haldane, who is due to leave the BoE after its monetary policy meeting later this month, cast a lone Monetary Policy Committee vote in May to reduce the size of the central bank’s bond-buying programme.

He said Britain’s economic recovery from the COVID-19 pandemic was surprising to the upside.

“If wages and prices begin a game of leapfrog, we will get the sort of wage-price spiral familiar from the 1970s and 1980s,” he said, adding that inflation would not be on the same scale as in those decades.

In an interview with LBC radio earlier on Wednesday, Haldane said inflation pressure in Britain was looking “pretty punchy”.

“And that may mean that at some stage we need to start turning off the tap when it comes to the monetary policy support we have been providing over the period of the COVID crisis.”

Haldane told LBC that there was still a need to encourage households to spend which might be made easier if companies paid their workers more.

Britain’s consumer price index more than doubled to 1.5% in the 12 months to April and the BoE expects it will overtake its 2% target later this year. Governor Andrew Bailey and other senior BoE officials have said the factors driving price growth are likely to prove temporary.

“The risks at the moment for me are that we might overshoot that number for a bit longer than we’ve currently planned,” Haldane said.