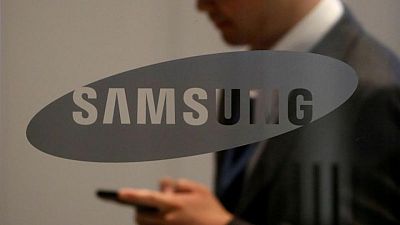 <div> <p>By Joyce Lee</p> <p><span class="caps">SEOUL</span> -Samsung Electronics is banking on Europe to maintain growth momentum in its network equipment business, a senior executive said, as 5G rollout widens and industry leader Huawei Technologies of China focuses on its domestic market.</p> <p>Although the South Korean tech company is global No. 1 in memory chips and smartphones, in 5G network equipment it ranks fifth behind Huawei, Ericsson, Nokia and <span class="caps">ZTE</span> based on the latest four quarters, with a 10-15% market share in the first quarter of 2021, according to market research firm Dell’Oro Group.</p> <p>But as Samsung landed a $6.6 billion deal with U.S. telecoms company Verizon in September, followed by a deal with Japan’s <span class="caps">NTT</span> Docomo in March, “impressions have changed”, Woojune Kim, executive vice president of Samsung’s networks business, told Reuters in an interview on Friday.</p> <p>Samsung is currently conducting 5G trials with European telecom companies such as Deutsche Telekom in the Czech Republic, Play Communications in Poland and another major European firm, Kim said. </p> <p>Besides Europe, Samsung is also looking to expand in markets such as India, Australia and Southeast Asia, he added. </p> <p>The network equipment business is small currently for Samsung, which had revenue of 236.8 trillion won ($212.50 billion) for 2020. It does not announce separate numbers for the business and most analysts don’t have estimates for it.</p> <p>Samsung said since the 5G network rollouts began in 2019 in various countries, it has seen the number of new clients for its 5G equipments and systems rise by 35% a year on average.</p> <p>In addition to 5G rollouts, U.S. pressure on its allies to exclude Huawei from 5G systems has provided opportunities for its competitors to expand market share.</p> <p>Samsung is touting its virtualised <span class="caps">RAN</span> (radio access network) technology, or software that allows telecom companies to freely use off-the-shelf network equipment in various combinations to connect users to networks, saving costs and providing flexibility. </p> <p>Verizon has adopted this technology for 5G <span class="caps">RAN</span>, while in South Korea, all operators’ 5G core networks are virtualised, Samsung said, with the country’s very heavy use of online services like e-commerce and food delivery compared to population size serving as a benchmark. </p> <p>Samsung’s goal is to become top-three in the 5G network equipment business, Kim said. However, Kim did not give a timeframe, citing the industry’s long incubation time. </p> <p>“It took us about a decade to win the Verizon deal, since forming early relationships… It takes persistence,” he said. </p> <p>($1 = 1,114.3600 won)</p> </div>