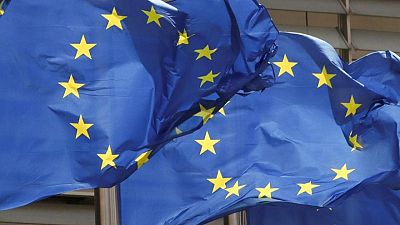 LONDON – Smaller banks across the European Union could save millions of euros by cutting and automating the thousands of data points they must report to regulators, the bloc’s banking watchdog said on Monday.

The European Banking Authority (EBA) set out 25 recommendations for smaller, simpler banks to introduce over coming years to save a collective 188 million to 288 million euros ($350 million), or 15% to 24% of their reporting costs.

“Industry representatives corroborated this in the EBA interviews,” EBA said in a statement.

The watchdog was looking for ways to further ease red tape on smaller lenders by making reporting requirements more “proportionate” compared with rules for the big, international lenders.

Regulators use the data to check if banks are complying with capital, liquidity and other requirements, and over 2,800 banks in the EU could benefit from EBA’s recommendations.

Smaller banks already report only 10% of the data their bigger, more complex rivals must provide to regulators, and EBA said its recommendations could cut up to 7,000 data points.

The recommendations deepen a push towards more proportional rules by classifying which banks qualify for lighter treatment and estimating what the cost savings would be.

EBA will consult on implementing the recommendations in a step by step approach that could take up to five years for the sector to reap the full cost savings.

But to make some of the savings, banks will also need to invest millions of euros in “regtech” or automation of reporting, given that some of them still use paper.

Regulators are constantly updating requirements for banks, but the EBA wants to ensure that when it comes to writing new rules in future, proportionality for smaller lenders will be wired in from the start.