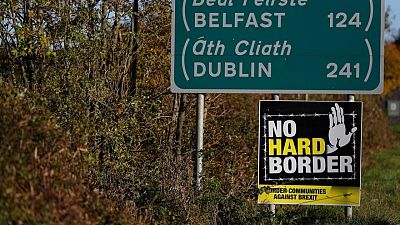 BRUSSELS – The European Union’s patience towards Britain over Brexit arrangements in Northern Ireland is wearing thin and the bloc will consider its options should Britain continue its “confrontational path”, an EU official said on Monday.

The European Commission and Britain meet on Wednesday for talks on their trade agreement and on their differences over the Northern Ireland protocol, part of the Brexit divorce deal.

The British government faces a choice, the EU official said: commit to implementing the protocol and find the EU willing to be flexible or continue along a more confrontational path.

“The EU has been patient but the EU’s patience is wearing thin. If this continues, we will have to consider all the tools, all the options that are available,” said the official, who declined to be named.

The EU has launched legal action against Britain over a unilateral move to extend the grace period on checks and a related arbitration procedure. The official said this had not proven sufficient, leading to consideration of other tools, without offering details.

The British province holds a special place after Brexit, remaining in the EU single market for goods, which has led to checks on goods coming from mainland Britain.

The arrangement is designed to keep the Ireland/Northern Ireland border open and preserve the 1998 peace deal. However, pro-British unionists in Northern Ireland says it threatens the peace by dividing them from the rest of the United Kingdom.

It points to the halting of construction work on border posts, a failure to comply with tracing requirements to verify food products stay in Northern Ireland and insufficient access to customs IT systems for EU officials.

The EU official gave a series of examples of areas in which the EU was willing to be flexible, including medicines, guide dogs, livestock tagging and steel.