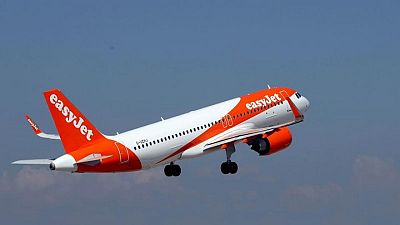 <div> <p><span class="caps">LONDON</span> – EasyJet and British Airways said on Friday they were adding more seats and flights from Portugal to Britain over the next three days to allow customers to return home to avoid quarantine after an abrupt change in British travel rules.</p> <p>Airlines and travel companies criticised Britain’s decision on Thursday to remove Portugal from its quarantine-free safe travel list, saying it would devastate trade and last minute changes made planning for customers and business impossible.</p> <p>But Ryanair boss Michael O’Leary earlier shrugged off industry worries about a second lost summer, saying that by July unrestricted travel would return.</p> <p>The Portuguese rule change sparked a rush of passengers trying to get home before the deadline of 0300 <span class="caps">GMT</span> on June 8. After that time means travellers must undergo 10 days of self-isolation on arrival in Britain plus pay for additional <span class="caps">COVID</span>-19 tests.</p> <p>EasyJet said it would add hundreds of extra seats by switching to larger aircraft and was considering adding extra flights, while British Airways said it was increasing the number of flights from Portugal to help customers get home. </p> <p>“As a result of the government’s sudden announcement placing Portugal on the amber list from next week, we are currently reviewing our flying programme to the country in the coming days,” easyJet said in a statement on Friday.</p> <p>Airlines and travel companies already weakened by 15 months of lockdowns and restrictions now face a fresh wave of cancellations for trips to Portugal, which since May 17 had been the main vacation option open to British travellers.</p> <p/> </div>