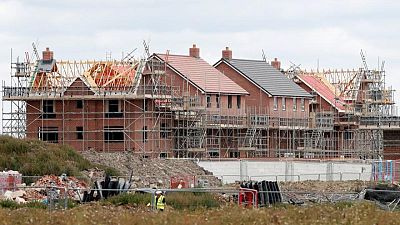 LONDON – British construction activity surged in May at the fastest rate in nearly seven years, fuelled by a record increase in new orders as coronavirus lockdown measures lifted, a survey showed on Friday.

The IHS Markit/CIPS Construction Purchasing Managers’ Index (PMI) jumped to 64.2 from 61.6 in April, its highest level since September 2014.

A Reuters poll of economists had pointed to a reading of 62.3.

Growth was fastest in the housebuilding sector, reflecting a boom in the housing market – with house prices rising by more than 10% in annual terms, according to the latest official data.

The PMI’s gauge of new orders rose to its highest level since the survey started in 1997.

Overall, the survey added to signs that the economy is on track for a swift rebound. Last month the Bank of England said Britain’s economy, which last year shrank by almost 10%, would grow by the most since World War Two this year.

The all-sector PMI, which combines the PMI surveys for manufacturing, services and construction surveys, rose to 63.0 in May from 60.8 in April, the highest reading since the series started 23 years ago.

Cost pressures for construction firms increased at the sharpest rate since records began, with a rapid increase in supplier delivery times.

Employment growth in construction companies was the highest since mid-2014, the survey showed – chiming with a Recruitment and Employment Confederation report that showed demand for staff from employers rose at a record pace in May.