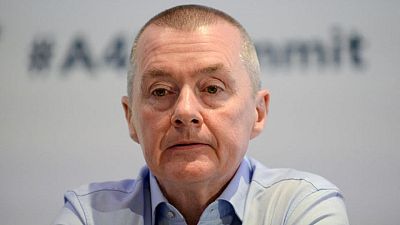 PARIS – Global airline industry body IATA on Friday criticised a decision by European air safety regulators to ban overflights of Belarus amid outrage over its interception of a Ryanair jet, saying aviation safety must never be “politicised”.

The broadside from IATA chief Willie Walsh came after the European Union Aviation Safety Agency (EASA) ordered governments to ban overflights of Belarus by their airlines, upgrading an earlier recommendation.

“This is a retrograde and disappointing development,” Walsh said in a statement issued by the International Air Transport Association, which counts most of the world’s major airlines among its 293 members.

“EASA should rescind its prohibition and allow airlines to manage safety as they do each and every day.”

The EU agency’s safety rulings were issued after a Ryanair Athens-Vilnius flight was diverted to Minsk on May 23, and a travelling dissident journalist arrested. European governments are also taking separate action to bar Belarusian carriers.

Some aviation experts fear EASA’s involvement would set a troubling precedent which, if followed, could obstruct air traffic and undermine the credibility of safety rules.

“Two wrongs don’t make a right,” said Walsh, a former boss of British Airways and its owner IAG – adding that IATA had condemned Belarus’ interception of the Ryanair jet.

“Banning European aircraft from using Belarusian air space with a safety directive is also a politicisation of aviation safety,” he said.

EASA defended its intervention on Friday.

“Regrettably the safety directive, introduced for the safety of passengers and crews, brings additional cost and work for the airlines,” the agency said.

Some major carriers including Qatar Airways have continued to operate passenger and cargo flights over Belarus. IATA said it supported their decision, along with the incident investigation underway by the United Nations aviation body ICAO.

EU ambassadors acted on Friday to ban Belarusian airlines including national carrier Belavia from the bloc’s air space, as many of the bloc’s 27 member states have already done.