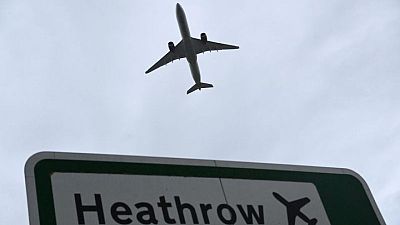 LONDON – Britain’s Heathrow Airport will use sustainable jet fuel for the first time as part of a test ahead of a Group of Seven (G7) rich nations summit in the country next week.

The fuel, produced by Finland’s Neste and supplied by oil trader Vitol, is made entirely of renewable and sustainable waste such as cooking oil and animal fat, the airport and companies said in a joint statement on Thursday.

It cuts greenhouse gas emissions by up to 80% compared with regular aviation fuel, they added.

Delivery of the green fuel began on Thursday and it will be incorporated into the airport’s main fuel supply. The total volume will be the equivalent of 10 short-haul flights.

“We are delighted that Heathrow is the first UK major airport to successfully incorporate sustainable aviation fuels,” Heathrow CEO John Holland-Kaye said in the statement.

“Now is the time for less talk and more action and Ministers should set an escalating mandate to blend SAF (sustainable aviation fuel) into fuel and provide incentives that are stable over 5-10 years to foster investment in production, with a target of 10% by 2030 and at least 50% by 2050.”

In an April factsheet, the International Air Transport Association (IATA) said SAF had been used in 350,000 flights so far and was about 2-4 times more expensive than regular fuel.

“The short-term target is to build SAF usage to 2% of the total amount of fuel consumed by 2025. At that level, the SAF price should start to move towards fossil fuel prices, allowing for a faster and broader take-up by airlines,” IATA said.

Vitol, the world’s biggest independent oil trader, is a fuel supplier at Heathrow through its Vitol Aviation arm and expects to deliver more renewable jet fuel ahead of the COP26 climate summit in Glasgow later this year, to cut attendees’ emissions.