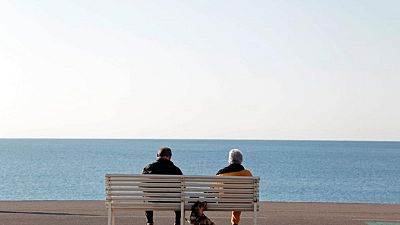 PARIS – French President Emmanuel Macron’s planned reform of the pension system cannot go ahead as planned in the wake of the COVID-19 crisis, he said on Thursday, retreating on one of the signature reforms he promised to push through when he came to office.

“I do not think that the reform as it was originally envisaged can go ahead as such,” Macron told reporters.

“It was very ambitious and extremely complex and that is why it generated anxiety, we must admit that. Doing it right now would mean ignoring the fact that there are already a lot of worries.”

The reform of France’s costly and complex pension system was one of Macron’s key campaign promises before the former investment banker’s election in 2017.

With new presidential elections due in Spring 2022, Macron had to decide whether to risk pushing ahead with the polarising reform, or make a bid for re-election with a new plan.

When the details of the reform were unveiled, it prompted a wave of strikes and protests from trade unions which brought the Paris public transport network to a virtual halt for weeks.

In mid-March 2020, at the start of the Covid epidemic, Macron put all his centrist government’s reform plan on hold, including the pension reform.

Following the first virus lockdown in spring 2020, the government said talks with unions about pension reform would be postponed until 2021 to focus on economic recovery.

Deferring the reform until after the 2022 presidential elections might defuse union and voter concerns, but risks undermining Macron’s credibility as an economic reformer.

The reform plan https://www.reuters.com/article/us-france-protests-pensions-idUSKBN1YF0K1 included raising the retirement age by two years to 64, replacing dozens of sector-specific regimes with a universal, points-based system and doing away with legacy regimes in the state railways, utilities and other industries where some workers are entitled to retire on a full pension years before the average retirement age of 62.