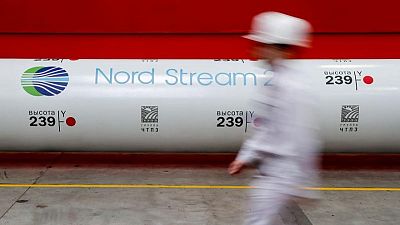 MOSCOW – Testing work on Russia’s Nord Stream 2 gas pipeline to Germany will start next week, Alexander Drozdenko, governor of the Leningrad region where the pipeline starts, was cited as saying by the TASS news agency on Wednesday.

The United States last month waived sanctions on the company behind the pipeline to Germany and its chief executive, a move decried by critics of the project in the U.S. Congress, but welcomed this week by the Kremlin.

The project, led by Gazprom with its Western partners, aims to deliver Russian gas to Germany under the Baltic Sea, but has long been opposed by Washington which says it would dangerously increase Moscow’s regional clout.

The pipeline would bypass Ukraine, potentially depriving it of lucrative transit revenues at a time when Kyiv is locked in a confrontation with Moscow though the Kremlin says it would continue to use Ukraine as a gas transit country.

“Yesterday there was an inspection of Russian facilities. ..which will start working in a test regime from next week in preparation for sending gas to the German side,” TASS cited Drozdenko as saying.

Nord Stream 2 said it could not provide new information.

“We are not in a position to deliver construction details at this point and will inform you about further planning, as well as updated pipe lay status in due time,” Nord Stream 2 said in emailed comments to Reuters.

Drozdenko was cited as saying he had met representatives from the project’s German side on Wednesday.

“We were just discussing that the project has reached the final stretch,” he said.