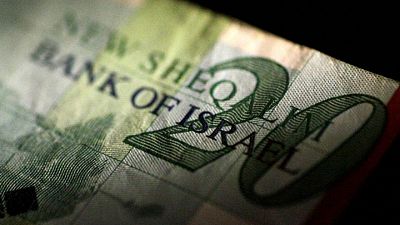 LONDON – As the Israeli-Palestinian conflict’s bloodiest chapter in years played out last month, the world’s biggest sovereign wealth fund said it was dropping two Israeli companies from its investment portfolio on humanitarian grounds.

Acting on a recommendation by the $1.3 trillion Norwegian fund’s ethics committee made in late 2020, the timing of that announcement was a coincidence.

But coming during an 11-day battle in which hundreds of Palestinians died, it offered a brutal reminder of the ethical choices that global investors must make in exchange for parking money in a country that offers the rare combination of high and financially secure returns and an all-but coronavirus-proofed economy. Norway’s wealth fund has among the biggest holdings in companies that the United Nations High Commissioner for Human Rights (OHCHR) lists as raising most concerns due to their operations in the Palestinian territories, according to Reuters findings based on Refinitiv data to the end of March.

Like other major investors in Israeli assets, the fund shows no signs of a wholesale retreat from a country not subject to international sanctions, and Tel Aviv’s tech- and finance-heavy stock market hit a record high on Monday.

But players are drawing some lines, with distance from active participation in businesses linked to possible abuses a common criterion.

The Norwegian fund dropped Shapir Engineering and Industry for building homes in Israeli settlements on the West Bank, and Mivne Real Estate KD for letting industrial buildings linked to those settlements.

Both investments created “an unacceptable risk that the companies contribute to systematic violations of the rights of individuals in situations of war or conflict,” the board of Norway’s central bank – which makes decisions based on the fund’s ethics watchdog’s recommendations – said in its May 19 statement.

A Shapir spokesman said the investment had been about $1 million, adding there was no Israeli company that did not “operate in or gain from” the West Bank territories.

A Mivne spokesman said its settlement properties had a mix of Jewish, Palestinian and Israeli Arab tenants and were “a symbol of coexistence” between different populations.

Israel regards the West Bank settlements as legitimate, and the OHCHR does not express a view on the legality of the activities of the companies on its database, which it updated last year.

It said it used information other than the OHCHR list in making its investment decisions. “A key factor is the proximity and importance of the company’s actions to that illegal or unethical activity,” the fund told Reuters. “We draw a distinction between a company being directly and materially involved …versus being a supplier of materials or services in the normal course of business.”

It holds other Israeli companies flagged as a risk by the OHCHR, while data showed its Norwegian counterpart held investments worth $1.3 billion across 81 Israeli companies at end-2020, more than double what they were a decade ago. Norges Bank Investment Management, which manages the Norwegian fund, declined to comment on its investments in Israel. Vanguard and BlackRock also declined to comment.

CSIM said its index exchange traded funds (ETFs) and mutual funds’ exposure to firms on the OHCHR list was driven by passive tracking of a benchmark index. “CSIM does not currently apply any social screens or similar restrictions for specific industries or companies to index funds or ETFs,” it added. A high proportion of the investments in Israeli stocks are likely to come from such passive funds, which track indices that include them. Israeli equities have a weighting of 0.18% in the MSCI World Index, which has $3.7 trillion in assets benchmarked to it. Israeli equity funds drew inflows through last month’s conflict, according to Refinitiv Lipper data.

Its two largest banks, cited by the OHCHR for financing settlements, score within the top third of banks globally in ESG, according to data from Sustainalytics, an ESG ratings firm which said it would not update its assessment after last month’s violence.

The U.N. Human Rights Council voted last week to launch an investigation into allegations of crimes committed during it.

Israel said it would not cooperate, having also rejected as “preposterous” an April accusation from New York-based Human Rights Watch that Israeli officials had committed “crimes of apartheid”.

“The more that (term) becomes part of the mainstream, the more difficult it will be for companies and for investment review agencies to physically separate what goes on in Israel from what goes on with its activities in the Occupied Territory,” Michael Lynk, the UN’s Special Rapporteur for the human rights situation in the Palestinian Territories, told Reuters.

Meanwhile, Israel’s robust economy and investment-grade credit rating is on course to withstand the impact of the conflict the ensuing political upheaval, and a weakening coronavirus epidemic against which 80% of adults are fully vaccinated.

So, much as for investors in Saudi Arabian debt who took stock following the 2018 killing in the country’s Turkey embassy of investigative journalist Jamal Khashoggi, the financial argument for staying put remains compelling.

“Most investors dodge the issue and will probably continue to do so until asset allocators take a stance,” said Hasnain Malik, emerging and frontier markets strategy at Tellimer.

Most international companies were following the “yellow light” approach regarding the settlement economy, meaning they were exercising caution but still going ahead, the U.N.‘s Lynk added.

Social movements have sought to exert pressure, with Axa having faced some of the loudest calls.

“Our investments in Israeli banks have absolutely no vocation to finance the expansion of the occupied territories,” the French insurer said in a statement. Retail investors appear similarly unperturbed. Israel-based equity fund manager Alpha LTI has seen little sign of significant outflows or inflows over the past month, said managing partner Sagi Ben Yosef.

It partners with an Australian fund manager offering high-net-worth retail investors exposure to Israeli stocks and is in talks to strike similar arrangements in South Africa and the United States. “The interest in Israel is much bigger than anything that is happening,” he said.