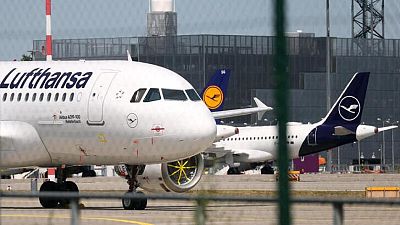 Reuters last month reported that Lufthansa was working with Deutsche Bank and Bank of America on plans for a capital increase in either the summer or autumn.

“We are always taking a close look at this. One thing is clear: if companies have a goal of freeing themselves of a need for state support, we will make that possible,” said Scholz in an interview.

“Our support was put in place so that companies could survive the crisis and then stand on their own feet again,” he said.

The bulk of a government-backed 9 billion euro bailout for the German carrier, hit hard by the coronavirus crisis, consists of a so-called silent participation of 5.5 billion euros which Lufthansa intends to repay in part with proceeds from the capital increase.

The participation of the German government could send a positive signal to markets and help ensure the refinancing is successful and also limit a dilution of the government’s 20% stake.

However, it could also prompt state aid questions from the European Commission, say people in the sector.

Bloomberg first reported the government was considering participating in the capital hike. Citing unidentified sources familiar with the matter, it said the government could sell part of its subscription rights and use the proceeds to purchase new shares. Alternatively, it could make use of more of its subscription rights and spend up to 1 billion euros.

Scholz said any decision on a capital increase should not be rushed.