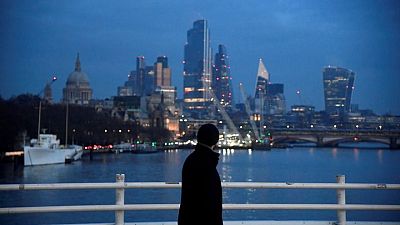 LONDON – Global financial regulators on Wednesday urged firms to stop using Libor by the end of the year, and said derivatives markets linked to the tarnished interbank rate should switch to “risk free rates” or RFRs compiled by central banks.

The Financial Stability Board (FSB), which coordinates financial rules for the Group of 20 Economies (G20), set out its latest roadmap for firms transitioning away from Libor.

Its insistence on the year-end deadline scotched the hopes of some in the market that the COVID-19 pandemic might lead to more leeway.

Libor is currently used for pricing credit cards, home loans, company loans and derivatives worth trillions of dollars, but regulators want it gone after banks were fined billions of dollars for trying to rig Libor.

Ditching Libor is one of the biggest changes ever undertaken by markets.

The financial industry has shown progress in switching simpler cash loan products to RFRs, such as Sofr in the United States and Sonia in Britain, but some more esoteric derivatives markets have been holding out for a replacement similar to Libor.

They should stop waiting and instead use the RFRs, the FSB said on Wednesday.

“The FSB believes that transitioning the majority of the global derivative market activity, across both Libor and non-Libor currencies, to primarily using overnight RFRs

strengthens the resilience of the global financial system,” it said.

The primary advantage of RFRs is that they are anchored in active, liquid underlying markets, the FSB said, and based on actual overnight pricing data. Rates such as Libor were set on theoretical or scarce interbank transactions.