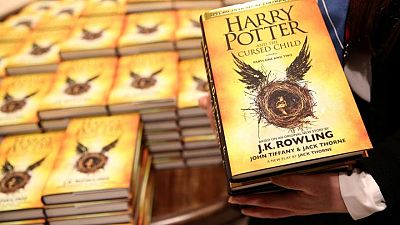 -Bloomsbury said on Wednesday a renewed love for reading during the pandemic was here to stay, as the Harry Potter publisher predicted continued strong earnings from higher sales of cookbooks and fantasy novels.

London-based Bloomsbury has upgraded its targets multiple times this year, thanks to what it called “an exceptional sales performance” in its consumer division for both adult and children’s publishing.

“I think that it is the (reading) habit itself which may have become permanent as people have rediscovered the role of books in their lives,” Chief Executive Nigel Newton told Reuters after the company posted a 22% surge in annual earnings and set a special dividend.

“It is across the board, from the inspiration for recipes to the escapism, which great novels give, to books about exercise and meditation have become relevant to people. As the pandemic recedes, we will never return to exactly the world we had before.”

Shares jumped 6.5% to 329 pence in morning trading, after it proposed a special dividend of 9.78 pence and a 10% rise in its final dividend.

Bloomsbury also expects fiscal 2021-2022 results to be comfortably ahead of market estimates, which call for revenue of 177.5 million pounds and profit of 17.4 million pounds.

“Bloomsbury faced a painful transition following its mid-noughties peak at the height of Pottermania but it is no longer a one-hit wonder with a diverse list of bestsellers in its portfolio,” AJ Bell analyst Danni Hewson said.

Newton said people have been piling into shops and buying books since the reopening.

Some of Bloomsbury’s other top titles include “Court of Silver Flames,” a fantasy novel by Sarah J Maas.