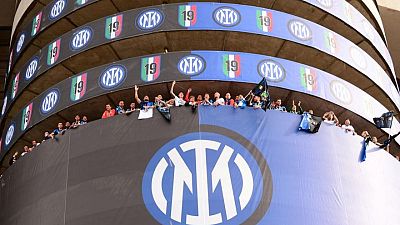 <div> <p><span class="caps">MILAN</span> – Italy’s Inter Milan aims to roll over a 375 million-euro ($459 million) bond by year end, a source close to the matter said, after the Serie A champions secured fresh financing through a deal with investment firm Oaktree Capital Group.</p> <p>Inter, controlled by Chinese retail giant Suning, have been hard hit by fallout from the <span class="caps">COVID</span>-19 pandemic as matches are played in nearly empty stadiums and companies have cut sponsorship budgets.</p> <p>Restrictions for soccer club spending imposed by Chinese authorities have further complicated matters. </p> <p>To shore up the club’s finances, Suning last month secured a 275 million-euro financing deal with Oaktree, pledging Inter shares by way of guarantee for the package.</p> <p>The “Nerazzurri,” who are cutting their wage bill to keep the business sustainable in the pandemic, said they would also kick off the refinancing process for the 375-million euro bond sold by the club’s media unit that expires on Dec. 31, 2022. The club gave no specific details on the timing other than that it would start the process in the coming months.</p> <p>“Inter aims to get a refinancing deal in place a year before the bond matures, possibly by the end of October,” said the source, who declined to be named since discussions are not public.</p> <p>Inter’s media unit, which manages the club’s media rights, sold a high-yield 300 million-euro bond, partly guaranteed by the club’s media revenue, in 2017.</p> <p>The unit sold a further 75 million euros of that bond, which carries a 4.875% coupon, last year.</p> <p/> </div>