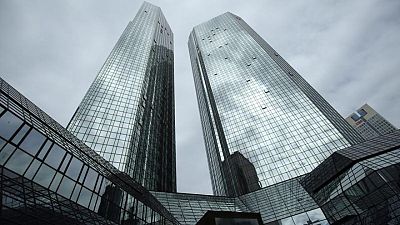 (Corrects spelling of minuscule in headline)

By Tom Sims and Patricia Uhlig

The problem underscores challenges for board rooms in many business sectors across Germany. For the finance industry in particular, it is not a good look as it seeks to win business from London in the wake of Brexit, and calls for action from politicians and investors are growing louder.

The latest data for private sector banks compares with 34.3% in 2019, although strides have been made from figures of less than 10% at the start of the 1990s.

Recognising that more needs to be done, banks say they are taking steps to promote gender balance even as staff cuts and major overhauls complicate matters. Some, like Deutsche Bank and Commerzbank, have set female representation goals of 35%, which some critics say lack zeal.

“The financial sector is a male domain. This must be disrupted,” said Cansel Kitzeltepe, a member of Germany’s parliament.

A study by Boston Consulting Group and the Technical University of Munich found that Germany is behind major economies like Britain and France in female representation on boards. Britain is expected to reach gender parity on boards in 2034, and France in 2039, but it will take until 2053 for Germany to reach that point.

Nicole Voigt, a managing director of Boston Consulting and an author of the report, said: “We are half the population…why not equality rather than just 35%?”

Berlin is making a new push. In June, parliament plans to enact a law affecting 70 larger listed companies, requiring management boards with more than three members to include at least one woman.

Critics argue that the legislation doesn’t go far enough as larger boards of 10 would still be required to have only one woman.

Christine Novakovic, the head of UBS’s Europe operations based in Frankfurt, said that if a woman wants to be at the top, her family has to play along.

“Unfortunately, it is still very often the case that women cannot combine careers and families,” she said.

Germany also has one of the greatest gender pay gaps in Europe, according to the German Institute for Economic Research, or DIW.

Female senior executives in Germany with Unicredit earned 76% of what males earned in 2020, smaller portions than any other country where the bank reports figures.

HVB, Unicredit’s German unit, said it had partly closed the gap in pay over the past year.

Deutsche Bank in May announced new gender diversity goals after missing some at the end of 2020. The bank now aims for women to account for 35% of managing directors, directors and vice presidents by 2025, compared to 29% now.

Deutsche said it will do “real-time” monitoring of progress to keep on track.

In April, one of Germany’s most prominent female bankers, Carola von Schmettow, retired from the head of HSBC in Germany and was replaced by a man. HSBC said it was fully committed to increasing the number of women in senior management, but the episode further highlighted the gender divide.

Lisa Paus, a member of German parliament, is calling for strict quotas for women on boards.

“The German banking sector is facing major upheaval and could do with a breath of fresh air and more women in management positions,” Paus said.