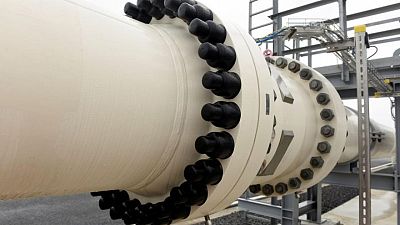 BRUSSELS – Germany, Denmark, the Netherlands and eight other countries will reject a plan to prolong European Union support for cross-border natural gas projects, and instead push for rules to exclude fossil fuels, according to a document seen by Reuters.

The EU is rewriting the rules in line with its climate change targets, and in December the European Commission proposed a new version excluding dedicated oil and gas infrastructure.

That position has the backing of at least 11 EU countries, according to a joint paper from Austria, Belgium, Germany, Denmark, Estonia, Spain, Ireland, Luxembourg, Latvia, the Netherlands and Sweden.

“TEN-E must not facilitate investments in fossil fuel infrastructure nor blending of hydrogen with fossil fuels,” said the paper, seen by Reuters. “TEN-E must contribute to developing the framework for a viable pathway away from reliance on fossil fuels.”

The rules will be a “litmus test” of the EU’s pledge to eliminate its net emissions by 2050, it said.

The intervention comes after Portugal drafted a proposal for member states’ position on the TEN-E revision, which would have prolonged funding for some gas projects.

That proposal said that until 2030 investments to retrofit gas pipelines to carry hydrogen should be allowed to carry natural gas blended with hydrogen.

It also said projects in the island countries of Malta and Cyprus with PCI status should retain it until those countries are fully connected to the European gas network. That could help ensure the completion of Greece, Cyprus and Israel’s Eastmed pipeline to supply Europe with gas from the eastern Mediterranean.

“This lack of ambition is unacceptable,” said an EU diplomat from one of the countries seeking a fossil fuel phaseout.

Member states and the European Parliament must negotiate and approve the TEN-E rules.