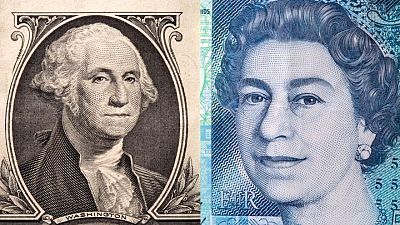 NEWYORK – The dollar gave up gains from early on Friday as traders tidied positions ahead of month-end and a holiday weekend after seeing new economic data confirm expectations about U.S. inflation and the recovery from the COVID-19 pandemic.

The dollar index of major currencies rose as much as 0.4% during the day in a sharp rebound from 4-1/2 month lows plumbed on Tuesday before it fell back to flat for the day and the week at 89.99.

Ending with little change was a break from the down trend since March that had taken 3% from the dollar’s value as other major economies began to catch up with vaccination rates in the United States. At the same time, central banks in some other countries had appeared likely to move more quickly than the U.S. Federal Reserve to back away from easy money policies and let interest rates rise.

On Monday, the United States and Britain have public holidays.

The U.S. economic data had been seen as the big scheduled news of the week, but it did not move bond and stock markets much when it was released in the morning.

The inflation readings had been widely anticipated and were not expected to have an impact on policy from the Fed, which has viewed recent price increases as adjustments for the reopening of the economy.

The next big event for the markets is the Fed’s monetary policy meeting on June 15 and 16, which could provide clues to when U.S. interest rates will increase.

Fed officials could show projections for stronger economic growth. That would point toward the central bank tapering its purchases of bonds and allowing longer-term interest rates to rise, which would support the dollar, said Joseph Trevisani, senior analyst at FXStreet.com.

“The Fed is trying to prepare the markets for the inevitability of tapering,” Trevisani said.

The major currency that would most likely lose against the dollar is the Japanese yen, Trevisani said, citing trouble with Japan’s recovery from the pandemic compared with Europe and Britain.

The dollar gained against the yen early on Friday and hit a seven-week high before easing to show little change on the day. The dollar last traded around 109.77 yen after reaching as high as 110.2.

Japan has seen a rise in unemployment, falling consumer prices and government moves to extend emergency restrictions in Tokyo and other areas because of the COVID-19 pandemic.

Kenneth Broux, FX strategist at Societe Generale, said the fact that the yuan has been stronger than 6.40 for three days could be a turning point in Chinese policy that would be positive for the global economy.

“Nobody thought that the central bank would allow the yuan to strengthen beyond 6.40, and they have,” Broux added.

The New Zealand dollar, which this week had jumped on the prospect of an interest rate hike by September 2022, fell as much as 1% against the greenback early in the day..