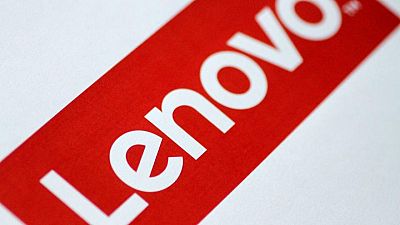 HONGKONG -China’s Lenovo Group on Thursday posted a better-than-expected rise of 512% in fourth-quarter profit as more people working and studying from home powered demand for the world’s biggest maker of personal computers.

Profit for the quarter that ended on March 31 jumped to $260 million, above an average estimate of $204.7 million from seven analysts, according to Refinitiv data.

“We had the strongest quarter last quarter, actually we haven’t seen such growth in almost a decade,” said Yang Yuanqing, chairman of Lenovo, in an interview with Reuters on Thursday after the results were announced.

Yang said growth would be sustainable even when people are returning to offices in some parts of the world, as the pandemic has changed people’s behaviour.

“Now everybody wants to have a PC for themselves. If you have three kids, you need three PCs for them to study,” he said.

Also, business in China was strong, he said.

Lenovo said in a statement its board recommended a final dividend of 24 Hong Kong cents per share for the year ended March 31. In 2020, it paid 21.5 cents per share.

Yang said Lenovo was “in better shape” despite a worldwide shortage of chips, mainly driven by the stronger-than-expected demand for PCs, tablets, and electronic cars, and it would continue to grow and outperform the market due to its unique hybrid supply chain model of sourcing from both inhouse manufacturing and outsourcing.

“For the large companies, if they can buy chips, they will buy … I think this decision is right, because the shortage will last at least three or four more quarters,” he said. According to research firm Gartner, worldwide shipments of personal computers rose nearly a third in the March quarter, following a weak 2020 base, the fastest year-over-year growth since Gartner began tracking the PC market two decades ago. Lenovo strengthened its lead in PCs with a quarter of share of the market, ahead of HP Inc with 21.4% and Dell Technologies with 16.5%, Gartner said.