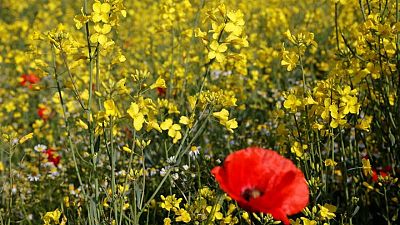 BRUSSELS – Talks on the future of the European Union’s huge farming subsidies ran into extra time on Thursday, as negotiators argued over how far they are willing to change the rules to support small farmers and make agriculture greener.

The EU is nearing the end of a three-year struggle to reform its Common Agricultural Policy (CAP), which will make up roughly one-third of the EU’s 2021-2027 budget. The bloc plans to spend 387 billion euros on payments to farmers and support for rural development, with the new rules kicking in from 2023.

Negotiations between EU member states and the European Parliament on the new CAP had been due to finish on Wednesday. But with the two sides still at odds, talks will now resume on Thursday afternoon and could run late into the night.

The reforms aim to divert money from big businesses to support smaller farms, and tackle the 10% of EU greenhouse gases emitted by the agricultural sector.

Among the unresolved issues are how much cash to set aside for “eco-schemes” to protect the environment, like organic farming or re-wetting peatlands to absorb CO2.

Portugal, which represents the 27 member states in the negotiations, proposed using 22% of payments to farmers for these schemes from 2023 and 25% from 2025.

In a meeting of agriculture ministers late on Wednesday, countries including France and Ireland said this went in the right direction, but opposed having a percentage that changes over time.

Multiple countries also rejected a counter-proposal from the parliament, which sought a higher 30% share of payments for eco-schemes by 2027.

Climate campaigners say the plans lack firm obligations to cut emissions, and could allow the bulk of the CAP to still support industrial farming.

Other scuffles are continuing over rules to divert subsidies away from big landowners and businesses, including a potential obligation for countries to redistribute part of their CAP funds to smaller farms.

Negotiators will also discuss import standards, to ensure European farmers are not undercut by imported products from countries with weaker environmental standards.