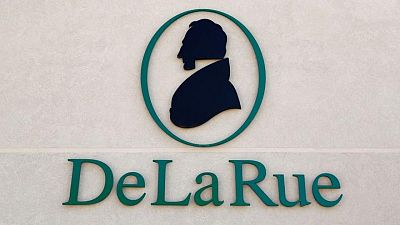 (Reuters) -De La Rue on Wednesday posted a 61% surge in annual profit after printing more bank notes and cutting costs under a turnaround plan, with the new financial year off to a good start as performance met the company’s expectations.

The more than 200-year-old company, which has been struggling with high debt levels, cut net debt by half to 52.3 million pounds ($74.05 million) at the end of March, helped by its 100 million pounds equity raise in July.

Minting Kenyan shillings to Sri Lankan rupees, De La Rue’s currency division has benefited from the pandemic as central banks worldwide had to print trillions of dollars worth of notes to reboot their crisis-hit economies.

“We see a strong pipeline of business for FY 2021/22 and continue to expect to deliver the full financial and operational benefits of the Turnaround Plan during the year,” said Chief Executive Officer Clive Vacher.

The company has been trying to turn around its fortunes since it lost a contract to make Britain’s new passports in 2018, with Vacher leading the effort to refocus on polymer notes to replace paper.

The company, which prints billions of banknotes a year, said adjusted operating profit rose to 38.1 million pounds for the year ended March, compared with 23.7 million pounds a year earlier.