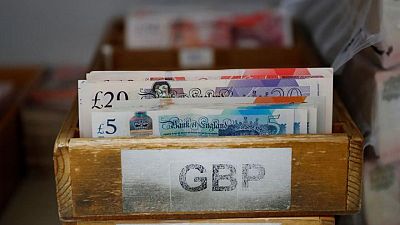 Economists polled by Reuters had on average expected 30.9 billion pounds.

The fall in borrowing in April compared with a year earlier is the first annual decline in borrowing since the start of the coronavirus pandemic, but last month’s borrowing is still huge by normal standards.

In the financial year to the end of March, Britain borrowed 300.3 billion pounds, equivalent to 14.3% of gross domestic product and the highest peacetime deficit on record, the Office for National Statistics said.

This represents an downward revision from last month’s estimate of 2020/21 borrowing equivalent to 14.5% of GDP.

British government budget forecasters predicted in March that borrowing would fall to 10.3% of GDP this financial year.