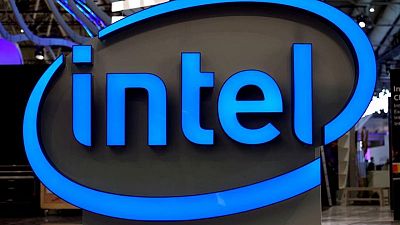 (Reuters) -Chipmaker Intel Corp’s shareholders did not approve an executive compensation plan of its listed officers, according to a regulatory filing on Wednesday.

The decision, on a nonbinding advisory basis, was taken at the company’s annual stockholder meeting on May 13. (https://bit.ly/3tWxAJe)

In a statement, Intel said it “has a long-standing commitment to pay-for-performance, which holds executive officers accountable for business results and rewards them for consistently strong corporate performance and the creation of stockholder value … The board also finds it incredibly important to ensure that it has a meaningful dialogue with our investors throughout the year so it can get their feedback on important matters affecting Intel.”

Intel shareholders also rejected a proposal for a report on median pay gaps across race and gender within the company.

In recent years, Intel has struggled with building new manufacturing technology, causing it to fall behind rivals Advanced Micro Devices Inc and Nvidia Corp in the race to make smaller chips with a faster processing speed.

Patrick Gelsinger, who returned to Intel as CEO this year, in March announced plans to expand its advanced chip manufacturing capacity and spend as much as $20 billion to build two factories in Arizona and open its factories to outside customers.