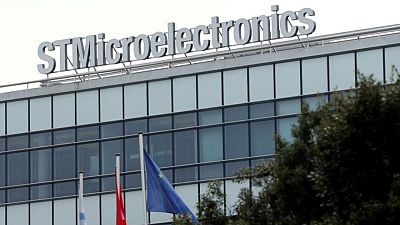 MILAN/OSLO (Reuters) -Nordic Semiconductor’s chief financial officer said the Oslo-listed firm had “no knowledge” of any takeover interest from Franco-Italian chipmaker STMicroelectronics after a report on Thursday in Italian newspaper MF.

Asked by Reuters about any STMicroelectronics interest and whether he could confirm or deny that the companies had been in talks, as reported by MF, Nordic’s CFO Paal Elstad said he had no knowledge of it.

“We have no knowledge of this, so we have no comment,” Paal Elstad said in a text message. “This is unknown to us.”

Nordic’s share price rose by 12.8% to hit an all-time high of 219.8 Norwegian crowns. It has risen by some 55% so far this year amid a surge in global demand for semiconductors, giving it a market capitalisation of $5 billion.

Nordic sells wireless chips and devices designed for ultra-low power consumption, which are used in a wide variety of electronics and computers, but does not itself manufacture the silicon wafers used in the products.

(Reporting by Giulio Piovaccari in Milan, Gwénaëlle Barzic in Paris and Terje Solsvik in Oslo; Editing by Agnieszka Flak and Alexander Smith)