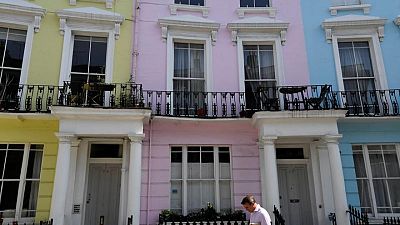 House prices jumped by 10.2% from March, the strongest annual increase since August 2007, the Office for National Statistics said.

Other surveys have also shown the tax cut and a mortgage guarantee scheme for first-time buyers further stoked a sharp surge in activity in the housing market which began after the first coronavirus pandemic was lifted last year.

Many Britons have sought to buy larger houses with gardens in less urban locations as they work more from home.

The ONS said prices of detached houses rose by 11.7% in the year to March, compared with an increase of 5.0% for flats and maisonettes.

London again saw the weakest gain in house prices among all of the United Kingdom’s regions, with a 3.7% increase in the year to March. By contrast, prices in Yorkshire and the Humber region jumped by 14%.