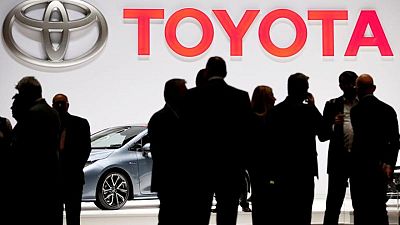 Mobileye will provide its camera-based system-on-a-chip, which ZF will integrate with its latest automotive radar system, the companies said.

The technologies will enhance a range of automated safety functions, including automatic emergency braking, adaptive cruise control and lane keeping, on highways as well as some secondary roads.

The new systems will be rolled out in a variety of Toyota cars, trucks and utility vehicles over the next few years, according to Mobileye and ZF executives.

The new systems that are being developed for Toyota can be further upgraded with additional sensors and technologies such as laser-based lidar and dynamic mapping, according to Mobileye Executive Vice President Erez Dagan.

Toyota meanwhile is deep into development of fully automated systems with a variety of partners, including Pony, Apex, Aurora and Luminar.

(Reporting by Paul Lienert in Detroit)