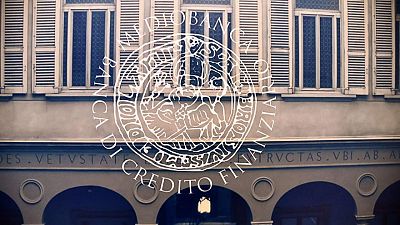 The Berlusconi family’s holding company Fininvest said on Monday that the transaction, from which it pocketed 174 million euros ($211 million), was part of a readjustment of its financial investment portfolio.

Mediobanca’s ownership has been in flux since a core of long-term investors in the Milanese bank dissolved, paving the way for eyewear billionaire Leonardo Del Vecchio to emerge as its single biggest shareholder.

Del Vecchio has been steadily increasing his Mediobanca stake reaching 13.2%. He has regulatory approval to get to just under 20%.

Del Vecchio declined to comment on the Fininvest stake sale.

Fininvest, which controls Italy’s biggest commercial broadcaster Mediaset, bought a 1% stake in Mediobanca in 2007 and doubled it the following year.

The holding has always been considered a purely financial investment.

The disposal comes after Mediaset and its second-largest investor Vivendi this month ended a years-long legal war with a deal that will see the French group drastically cut its stake in the Italian broadcaster.

Under the accord, Fininvest in July will increase its holding to 49% from 44% and may raise it further in coming years as Vivendi reduces its stake.

The move also coincides with rising concerns over the health of Berlusconi, 84, who has been in and out of hospital this year after contracting COVID-19 last September.

Fininvest said in a statement the sale was intended “to rationalise and rebalance its financial investment portfolio”.

Italian bank UniCredit acted as a broker on the transaction, two sources with knowledge of the matter said.

Shares in Mediobanca have nearly doubled in value over the past 12 months, outperforming a 73% rise in Italy’s banking index.

Fininvest said it had sold 17.7 million shares, pointing to a selling price of around 9.8 euros, just above the stock’s closing price on Monday of 9.782 euros.

The Milanese merchant bank is the biggest shareholder in Generali, Italy’s top insurance group, in which Del Vecchio is also an investor. ($1 = 0.8228 euros)