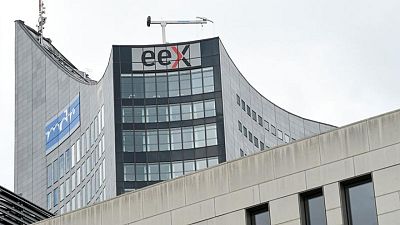 FRANKFURT (Reuters) – The European Energy Exchange (EEX) could double the number of participants in its Japanese power futures market from around 20 players in 2021, having traded over 3 terawatt hours (TWh) in its first 12 months, executives said.

The harsh weather highlighted Japan’s reliance on gas imports for power, if nuclear and renewables do not provide enough supply.

“This demonstrated the rationale behind hedging supply gaps,” Riediger said in an interview. “It demonstrated the importance of futures, especially bourse-traded ones, which eliminate counterparty risks.”

The 3 TWh EEX futures traded in Japan since May 18, 2020 are equivalent to supplying electricity to a city of 350,0000 inhabitants for a year, Riediger said.

While that is still small compared to Japan’s power consumption of 1,000 TWh a year, it shows the huge size of trading potential in a country that has twice Germany’s power usage.

Commodities and freight activities by the EEX span all time zones, including North America.

EEX benefited from its clearing arm, the ECC, which was known to international banks and brokers, who took their customers along.