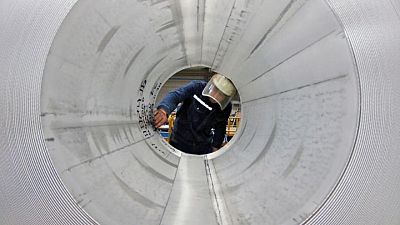 Primary aluminium output in China, by far the world’s biggest producer of the metal, was 3.35 million tonnes in April, the National Bureau of Statistics said. That was up 2.3% from 3.276 million tonnes in March and 12.4% higher than production in April 2020.

In the first four months of the year, China produced 13.02 million tonnes, a rise of 9.6 percent from the same period a year earlier, the data showed.

On May 1, the 100,000-tonne-per-year first phase of the Zhongrui Aluminium smelter in Gansu, in northwest China, taken over last month by Hangzhou Jinjiang, was restarted after a three-year shutdown.

Meanwhile, production of 10 nonferrous metals – including copper, aluminium, lead, zinc and nickel – rose 11.6 percent to 5.48 million tonnes from a year earlier. Year-to-date output of the ten metals was up 11.5 percent at 21.43 million tonnes.

The other non-ferrous metals are tin, antimony, mercury, magnesium and titanium.