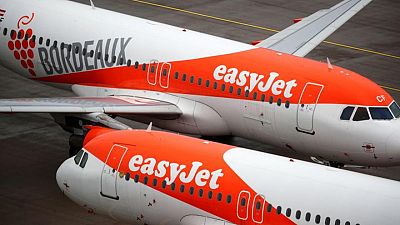 LONDON (Reuters) – EasyJet Chairman John Barton is preparing to step down once he has completed nine years in the post in May 2022, the British airline said in a statement on Saturday.

The company has already started the search for a successor just as the airline industry battles to recover from the devastating impact on travel of the coronavirus pandemic.

EasyJet is desperate to start flying at scale again this summer, but COVID-19 restrictions remain in place and worries over the spread of the Indian variant in Britain are threatening to hamper the hoped-for travel bounce back.

Barton’s plan to step down was first reported by Sky News. The airline, which noted a nine-year term is the recommended maximum for best practice in corporate governance, said in an emailed statement Barton remained fully committed to his role.

It said it had hired an executive search agency to help find a successor and ensure an orderly transition.

EasyJet will report results for the six months to the end of March on Thursday. It has guided investors to expect pandemic restrictions on flying will push it to a loss of between 690 million pounds ($973 million) and 730 million.

From Monday, the airline will be able to fly Britons on holiday again after a 4-1/2 month ban on most travel, but the list of permitted destinations is limited to a handful of places and Prime Minister Boris Johnson has warned restrictions will not change any time soon.

(Reporting by Ann Maria Shibu in Bengaluru and Sarah Young in London; Editing by David Clarke and David Holmes)