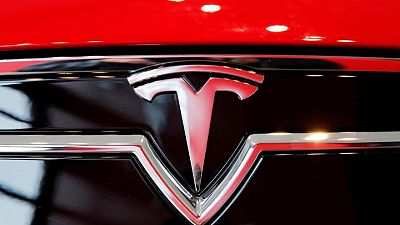 WASHINGTON (Reuters) -The National Highway Traffic Safety Agency (NHTSA) said on Wednesday it is opening a safety probe into a fatal May 5 Tesla crash in California amid growing concerns about the automaker’s driver assistance systems.

A Tesla crashed into an overturned truck on a highway near Fontana, California, killing the Tesla’s driver and injuring the truck driver and a motorist who had stopped to help him, the California Highway Patrol said.

The highway patrol report did not say whether the Tesla was operating on Autopilot, its semi-autonomous driving system, when the crash occurred. The Mack truck had crashed and overturned five minutes earlier, blocking two lanes of the highway, the report said.

Tesla did not immediately respond to a request for comment.

NHTSA said it previously had opened 28 special investigations into Tesla crashes, with 24 pending.