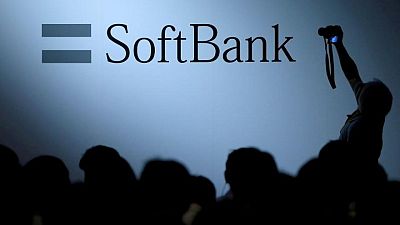 TOKYO (Reuters) – SoftBank Group Corp shares tumbled 8% in morning trade on Thursday after the conglomerate did not extend its buyback programme, removing support for the stock as concern over frothy portfolio valuations outweighed record earnings.

“If we think it’s beneficial to buy back shares we will,” Son told reporters, adding that investment opportunities and any significant underperformance of the group’s shares would be taken into account.

SoftBank reported record profit following the listing of e-commerce firm Coupang Inc, but shares of many investments have since been caught in a tech sell-off while top asset Alibaba Group Holding Ltd has been hit by a regulatory crackdown.

“Without the buyback, SoftBank’s stock price is likely to reflect the performance of its listed investments,” Jefferies analyst Atul Goyal wrote in a client note. He said he was “extremely surprised” SoftBank did not extend the programme.

The slide in SoftBank shares extends this week’s decline to 17%, with market observers continuing to express concern that valuations are too high amid rock bottom interest rates.

Coupang is expensive compared to peers and “despite the intense sell-off there is no valuation driven bottom in sight,” LightStream Research analyst Mio Kato wrote on the Smartkarma platform.

SoftBank executives point to a robust pipeline of startups preparing to list.

Vision Fund 2, which is cutting smaller cheques than the first fund, has completed or approved investments in almost 100 startups.

Stakes in companies with valuations discounted during the COVID-19 pandemic have not been marked up despite stabilising earnings, offering upside in future quarters, said a person familiar with the matter speaking on condition of anonymity.