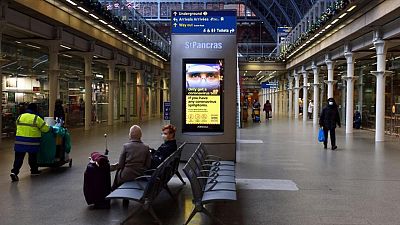 LONDON (Reuters) – Britain’s rail network can start to return to normal as many trains made by Japan’s Hitachi which were withdrawn five days ago can re-enter service following safety tests, the government said on Thursday.

But some disruption to services would continue due to the need for a long-term repair plan for the fleet, it warned.

The country’s rail network has been severely disrupted since Saturday when checks carried out on Hitachi Class 800 Series trains identified cracks in the chassis of some trains.

That prompted operators GWR, owned by FirstGroup, which runs services from London to Bristol and Wales, and LNER, which operates between London, northern England and Scotland, to remove all their trains of that class.

Those operators can now begin to reintroduce many of the trains after rigorous safety tests. The government said there would be a daily testing regime for the affected trains.

“Trains should begin to return to service after further inspections have been carried out, helping to safely restore the reliable and punctual services on GWR and LNER that passengers deserve,” UK Rail Minister Chris Heaton-Harris said in a statement on Thursday.