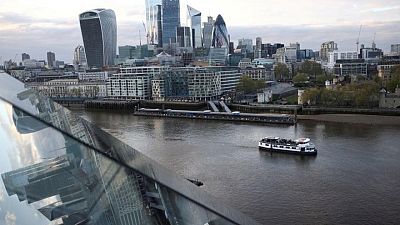 <p><body> <p>By Huw Jones</p> <p><span class="caps">LONDON</span> (Reuters) – Britain’s financial services sector won’t get access to the European Union’s markets for the foreseeable future following Brexit, industry officials said on Thursday as a row with France simmers.</p> <p>Britain fully left the EU on Dec. 31, 2020 and the City of London has been largely cut off from providing services in the bloc.</p> <p>Billions of euros in daily derivatives and share trading have left the City for the EU and New York, with no sign that Brussels will reinstate UK access under its ‘equivalence’ regime.</p> <p>“I don’t think equivalence is particularly an issue as we don’t think there is going to be any equivalence being granted by the EU,” Nick Collier, the City of London’s representative in Brussels told the UK Trade and Business Commission of lawmakers and industry representatives.</p> <p>The EU wants to build up its own capital market, Collier said.</p> <p>France is seeking to delay the ratification of a cooperation agreement in financial services between the EU and Britain due to disputes over fishing rights. The agreement is seen as helping to rebuild the trust necessary for any future market access.</p> <p>The EU has only granted equivalence to allow the bloc’s banks to continue clearing euro derivatives in London, but only until the middle of next year.</p> <p>Emma Reynolds, managing director at TheCityUK, which promotes Britain as a financial centre, said the EU was pursuing an agenda of onshoring jobs from the City.</p> <p>“The big question is have we hit rock bottom? Or are there further restrictions? Our member firms are not optimistic about further equivalence being granted,” Reynolds said.</p> <p>Equivalence would require Britain to avoid diverging from financial rules in the EU, but the Bank of England has warned that the UK should not become a “taker” of the bloc’s rules.</p> <p>“I don’t see really the point in the UK cleaving to exactly what the EU is going to do, there isn’t that much advantage in that,” Reynolds said.</p> <p>“The advantage to the UK to now being outside the EU is that regulators and the government have that agility to tailor regulation to the UK’s market,” she added.</p> <p/> <p> (Reporting by Huw Jones; Editing by Susan Fenton)</p> </body></p>