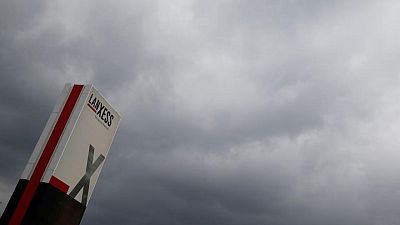 <p><body> <p>By Milla Nissi</p> <p>(Reuters) -German chemicals maker Lanxess raised the floor of its 2021 profit forecast range on Wednesday, encouraged by continued strong demand for disinfectants in the pandemic and a recovery in the car industry.</p> <p>The Cologne-based group now expects 2021 adjusted core earnings (<span class="caps">EBITDA</span>) of 950 million to 1 billion euros ($1.15-1.21 billion), hiking the lower end from its previous forecast by 50 million.</p> <p>Strong pandemic-driven demand for disinfectant ingredients last year helped Lanxess, whose rivals include Dutch-based Akzo Nobel and Germany’s <span class="caps">BASF</span>, offset a slump in the auto sector, which makes up about 20% of its sales.</p> <p>But the economic rebound in China – the world’s biggest automobile market – has since driven a faster-than-expected recovery in the car industry.</p> <p>“Now we are focusing on our growth course and are doing everything we can to ensure that our new businesses quickly develop their full potential,” Chief Executive Officer Matthias Zachert said.</p> <p>The group, which kicked off the year with three acquisitions including a $1.1 billion deal to buy U.S.-based rival Emerald Kalama Chemical, said in March it would keep looking for new deals in high-margin consumer markets such as food ingredients and animal hygiene.</p> <p>Its quarterly <span class="caps">EBITDA</span> excluding one-offs fell 1.2% to 242 million euros, but beat analysts’ average estimate of 235 million in a company-provided poll.</p> <p>The company said first-quarter sales volumes beat 2020 levels, which had seen only limited pandemic effect, but this was offset by weather-related shutdowns in the United States, higher energy costs and weaker U.S. dollar.</p> <p>For the second quarter, it predicted adjusted core earnings in a range of 240-280 million euros.</p> <p>Lanxess’ shares were down 1.2% in Lang & Schwarz premarket trade. Analysts had expected a muted share reaction after the outlook hike that was only in line with consensus.</p> <p>($1 = 0.8249 euros)</p> <p> (Reporting by Milla Nissi and Linda Pasquini in Gdansk. Editing by Mark Potter)</p> </body></p>