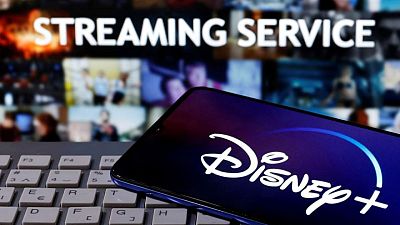 <p><body> <p>By Lisa Richwine</p> <p><span class="caps">LOS</span> <span class="caps">ANGELES</span> (Reuters) – With Walt Disney Co theme park operations limited due to the coronavirus pandemic, investors watching the company report earnings on Thursday are expected to zero in on its fast growth into streaming TV. </p> <p>During the January to March quarter, the Disney+ streaming service was aided by box office heavyweight Marvel Studios. The producer of blockbuster superhero films released its first TV series, “WandaVision,” in January followed by “The Falcon and the Winter Soldier” in late March.</p> <p>The animated Disney movie “Raya and the Last Dragon” was offered to Disney+ customers in March for $30, at the same time it was shown in theaters, which are struggling to rebound from the global health crisis.</p> <p>Chief Executive Bob Chapek said in early March that Disney+ had reached 100 million subscribers worldwide. That number likely swelled to 110 million by the end of March, MoffettNathanson analyst Michael Nathanson said.</p> <p>The rapid build-up has made Disney+ the most formidable challenger to Netflix Inc, which pioneered movie and TV streaming in 2007, and reached 207.6 million customers as of March. </p> <p>Competitors including AT&T Inc’s <span class="caps">HBO</span> Max, ViacomCBS Inc’s Paramount+ and Comcast Corp’s Peacock also have picked up customers during the pandemic.</p> <p>A big question is whether streaming growth can be sustained as movie theaters reopen and people who have been vaccinated emerge from their homes to enjoy summertime activities outside. </p> <p>Netflix reported in April dramatically slowing new sign-ups this year, after a boost during the pandemic.</p> <p>Disney’s streaming media division, known as direct-to-consumer, is losing money as it pays for new programming, marketing and rollout around the world. Analysts expect a $673 million quarterly loss for the unit, according to <span class="caps">IBES</span> data from Refinitiv.</p> <p>Overall, analysts project the Mouse House to report earnings-per-share of 28 cents for the quarter and revenue of $15.9 billion. </p> <p>Outside of streaming, Disney’s parks remain under pressure from extended pandemic-induced shutdowns and safety measures. The California and Paris Disneylands were closed during the quarter, and parks that were open capped attendance to allow for social distancing. Disney cruise ships remain idle.</p> <p>Edward Jones analyst Dave Heger, who rates Disney a “buy,” said he expects those operations will rebound as the pandemic eases. “We feel that these businesses will recover due to strong creative franchises and a loyal customer base,” Heger said in a research note.</p> <p/> <p> (Reporting by Lisa Richwine; Editing by Karishma Singh)</p> </body></p>