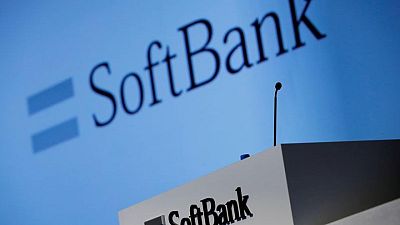 The deal gives SoftBank a stake of just under 10% in the Manchester-based company formerly known as The Hut Group, and an option to invest a further $1.6 billion into THG’s technology arm THG Ingenuity.

The equity placing was priced at 596 pence per share and was oversubscribed, with THG raising a total of $320 million from other investors. THG shares were up 12.7% at 0828 GMT on Tuesday, having risen as much as 19%.

The cash injection comes less than a year after THG’s London listing when it raised 1.88 billion pounds ($2.65 billion)selling shares at 500 pence each.

THG also announced it agreed to buy Bentley Laboratories LLC, a New Jersey-based prestige beauty developer and manufacturer, for $255 million. This is the latest in a number of deals THG has made since listing, including U.S. skincare brands Perricone and Dermstore.com.

THG said it plans to spin THG Ingenuity, which provides e-commerce services to other companies, into a separate company within the next 15 months. After that SoftBank would then be able to exercise its option to invest in that business.

If SoftBank exercises its option to invest $1.6 bln in that division, it would give the Japanese technology conglomerate a 19.9% interest in THG Ingenuity at a valuation of $6.3 billion.

The equity fundraising was led by Barclays , Citigroup , Goldman Sachs <GS.N> and Jefferies .