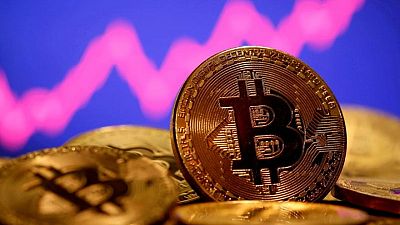 <p><body> <p><span class="caps">JAKARTA</span> (Reuters) – Indonesia is considering a plan to tax the trading of cryptocurrencies after a surge in popularity among local investors, a tax official said on Tuesday.</p> <p>The Southeast Asian country has been seeking to shore up state revenues amid the coronavirus pandemic, though Neilmaldrin Noor, a spokesman at Indonesia’s tax office, said a tax scheme for cryptocurrency was still at the discussion stage. </p> <p>“It is important to know that… if there is a profit or capital gain generated from a transaction, the profit is an object of income tax,” Neilmaldrin said.</p> <p>“So the tax payer who receives capital gain has to pay the tax and report it,” he said.</p> <p>Southeast Asia’s biggest economy bans the use of cryptocurrencies as a payment instrument, but allows it to be traded as a commodity.</p> <p>Indodax, a crypto exchange platform that claim to be the largest in Indonesia, said by April the number of active members on its platform hit three million as the price of Bitcoin and other crypto assets reached record highs. </p> <p>The number of members at Indodax rose from around 2.3 million at the start of the year.</p> <p>Cryptocurrencies have been rallying in recent weeks with some smaller ones like Dogecoin up more than 700% in the last month.</p> <p>Indonesia’s Financial Services Authority has warned investors against the risk of investing in cryptocurrency, arguing it does not have underlying value and prices are highly volatile.</p> <p/> <p> (Reporting by Tabita Diela; Editing by Fransiska Nangoy and Ed Davies)</p> </body></p>