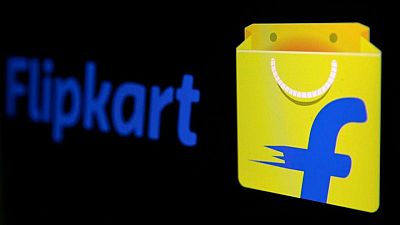 Flipkart’s fund raise plans come at a time when the company is considering an initial public offering (IPO), while it battles players including Amazon.com’s local unit and billionaire Mukesh Ambani-owned Reliance Retails’ JioMart amid a pandemic that has seen demand for online services skyrocket.

Reuters first reported in September that Bengaluru-based Flipkart was preparing for an IPO overseas as early as 2021, which could value the firm at as much as $50 billion.]

Flipkart raised $1.2 billion in fresh funding last year, with Walmart as its lead investor. That round valued Flipkart, which counts China’s Tencent, U.S. hedge fund Tiger Global, and Microsoft among its investors, at $24.9 billion.

“The capital raise is not being positioned as pre-IPO but for expansion,” an executive involved in the process told the Economic Times, adding that the capital raise could go up to $2 billion.

Flipkart did not immediately respond to a Reuters request for comment.

(Reporting by Chandini Monnappa in Bengaluru; Editing by Vinay Dwivedi)