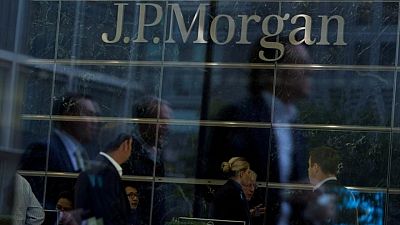 <p><body> <p><span class="caps">LONDON</span> (Reuters) – <span class="caps">JPM</span>organ will step up the return of all of its employees in England to working at least part of their week in its offices from June 21st, according to a memo seen by Reuters on Tuesday.</p> <p>The U.S. lender will still cap occupancy at 50% in its main London and Bournemouth hubs, it said, and the plans are dependent on there being no changes to government plans to ease remaining <span class="caps">COVID</span>-19 related restrictions.</p> <p>“We expect in the weeks that follow that June date, all employees in England will be in the office on a consistent schedule,” the bank said. The bank said it would update staff on plans for offices in Scotland once lockdown policy there becomes clearer.</p> <p>The changes were first reported by Financial News.</p> <p/> <p> (Reporting By Lawrence White, Editing by Iain Withers)</p> </body></p>