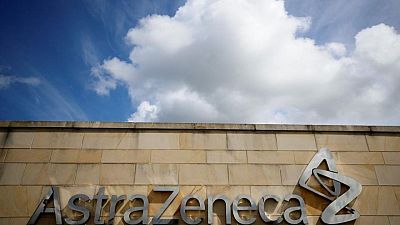 <p><body> <p>(Reuters) -AstraZeneca investors on Tuesday approved Chief Executive Pascal Soriot’s pay package proposal by a narrow margin after advisory groups said the rewards were excessive. </p> <p>At an annual meeting of shareholders, 60.19% of votes were cast by shareholders in favour of approving Soriot’s pay proposal, which takes his maximum annual bonus for 2021 to 2.5 times his base salary, up from twice his salary, and makes him eligible for long-term share awards worth as much as 6.5 times his salary, up from 5.5 times. </p> <p>The development comes as the London-listed company faces a second legal action from the European Union over delayed deliveries of its <span class="caps">COVID</span>-19 vaccine and concerns over the risk of rare blood clots possibly linked to the jab.</p> <p>The company said it recognised that a “meaningful proportion of shareholders” were against the change to directors’ pay and would continue to engage with them.</p> <p>“The board’s approach … still continued to position executive remuneration well below market levels in the global pharmaceuticals industry and did not accurately reflect AstraZeneca’s improved position in the European market,” it said. </p> <p>Soriot has been in charge of AstraZeneca since 2012 and received a total pay package worth 15.4 million pounds ($21.7 million) last year, up from 15.3 million in 2019. Most of that comprised bonuses and long-term share awards on top of a base salary of 1.3 million pounds. </p> <p>Shareholder advisory groups <span class="caps">ISS</span>, Glass Lewis and <span class="caps">PIRC</span> all recommended that investors vote against the pay increase on the grounds that the potential rewards were excessive. </p> <p>Soriot has driven a change in AstraZeneca’s fortunes by betting on newer products while thwarting a major takeover approach from Pfizer in 2014. AstraZeneca’s oncology drug business, in particular, is thriving as its not-for-profit pandemic vaccine is distributed. </p> <p>Investors also approved the re-election of Leif Johansson as the board’s non-executive chairman.</p> <p> (Reporting by Pushkala Aripaka in Bengaluru and Ludwig Burger in FrankfurtEditing by Carmel Crimmins and David Goodman)</p> </body></p>