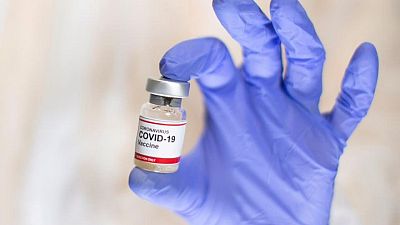 (Reuters) -Inovio Pharmaceuticals plans to begin a global late-stage trial of its COVID-19 vaccine candidate this summer, the company said on Monday, a month after the U.S. government pulled the funding for further studies of the drug.

The drug developer had earlier in the day reported promising results from a mid-stage trial of the vaccine candidate, INO-4800.

The company started developing INO-4800 last year, but fell behind rivals after the U.S. Food and Drug Administration put a portion of the study on hold for more information on the vaccine delivery device.

Inovio said on Monday the clinical hold would not have an impact on the global study, adding it remained on track to submit all documents to the agency to lift the hold.

The company is now focusing on countries where fewer emergency vaccines are available and are grappling with a significant number of cases.

On a post-earnings call, company executives pointed to the huge unmet demand, saying only 5% of the global population received a COVID-19 vaccine.

Inovio is working with funders and partners to launch the global trial and is confident with the progress that will allow it to expedite the study. (https://refini.tv/3uAVRFV)

A pivot to conducting the trial ex-U.S. will help cut costs, the company said, which had cash and cash equivalents of $250.7 million as of Dec. 31.

Inovio reported a bigger first-quarter loss of $54.4 million due to higher costs.

The company’s shares were down 5% at $6.33 in extended trade. The stock has lost 45% of its value since the hold was announced in late-September.

(Reporting by Trisha Roy in Bengaluru; Editing by Shailesh Kuber and Sriraj Kalluvila)