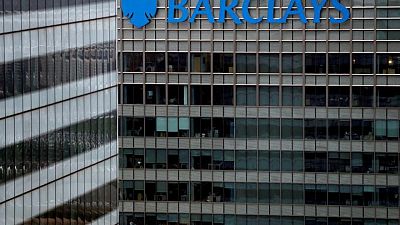 FRANKFURT (Reuters) -Activist investor Edward Bramson has sold his firm’s 6% stake in Barclays, disbanding a three-year effort to overhaul the British bank and ending a stand-off with its chief executive Jes Staley.

Sherborne Investors had pressured Staley to scale back investment banking and demanded his removal over his links to U.S. financier and registered sex offender Jeffrey Epstein, but Bramson, although backed by major funds including Aviva and Schroders, struggled to gain much traction.

Sherborne said it had now identified another company to invest in but did not name it, while Barclays declined to comment.

“Business is not a science and so people of goodwill may, therefore, sometimes differ. In that spirit, Sherborne Investors expresses its most sincere wish that things will turn out well for Barclays, its employees, and its investors, Sherborne Investors Management said in a statement.

Barclays shares have fallen roughly 15% since Sherbone first declared its stake in Barclays in March 2018.

When Sherborne first invested, Barclays had been under pressure to bolster profits after Staley’s aggressive push in investment banking since he joined in 2015 failed to significantly lift returns.

However a strong showing by the investment bank helped it weather the COVID-19 pandemic, bolstering Staley’s argument that it needed a diversified business to cope in a recession.

Bramson had urged Barclays’ board to replace Staley after the UK regulator said it was examining his links with Jeffrey Epstein, but failed to win support.

Staley has said he regrets having a professional relationship with Epstein, who killed himself while awaiting trial on sex trafficking charges.

Sherborne invested 580 million pounds in Barclays’ shares and derivatives but the investment did little to lift its fortunes.

The net asset value of the Sherborne fund is currently 79 pence per share, it said, compared to 99 pence in December 2017 before it made the Barclays investment.

(Reporting By John O’DonnellEditing by Rachel Armstrong and Elaine Hardcastle)