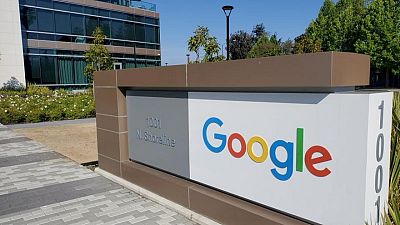 <p><body> <p><span class="caps">WASHINGTON</span> (Reuters) – A lawyer for 14 states led by Texas that have accused Alphabet’s Google of breaking antitrust law asked a federal judge to schedule a trial for the spring of 2022, while the search and advertising giant has asked for a trial in the fall of 2023.</p> <p>In a pre-trial hearing on Thursday, Mark Lanier, arguing for Texas and the other states, said the burden was on them to prove the case against Google and that they could be ready quickly. “We’re able to put focused people on this to make this their reason for living,” Lanier told the judge.</p> <p>The Texas lawsuit accuses Google of violating the law in how it dominates the process of placing ads online. Website publishers complain that one result has been lower revenues.</p> <p>Google denies any wrongdoing. </p> <p>Speaking for Google, Paul Yetter said it had recently received 1.1 terabytes of data comprising more than a million documents from the states regarding the complicated, multi-pronged lawsuit and that it needed time to get up to speed.</p> <p>“I think we all would agree that if you have a big head start you want a short race. And they do have a big head start,” Yetter said.</p> <p>Judge Sean Jordan of the U.S. District Court for the Eastern District of Texas, who is hearing the case, did not set a trial date during the hearing. He is also expected to respond to a motion by Google to move the trial to California, where the company is fighting other, similar cases.</p> <p>The case being considered in Texas is one of three big antitrust lawsuits filed against Google last year. </p> <p/> <p> (Reporting by Diane Bartz; Editing by Dan Grebler)</p> </body></p>